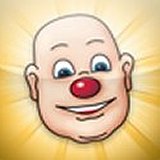 A federal lawsuit against Smethport Specialty and Smethport Development for the false labeling of Wooly Willy toys with an expired patent number may be set aside.

Recently, a federal judge in Ohio ruled that a law allowing private parties to sue companies for labeling products with expired patent numbers is unconstitutional because it puts too much power into the hands of private entities who are “motivated solely by the prospect of financial gain.”

In the past 16 months, over 1,000 lawsuits have been filed against companies nationwide, charging them with displaying expired patent numbers on their products. The vast majority of these lawsuits are brought by individuals and law firms seeking quick cash settlements and who have no competitive interest in the products.

Most cases of false labeling are inadvertent, resulting from forgetfulness or carelessness and not with the intent to deceive the public or discourage competition.

“This type of lawsuit is nothing more than extortion under cover of law,” said Smethport resident Jim Herzog, inventor of Wooly Willy. Herzog noted that “it is perfectly legal to reproduce a copyrighted item in its original form.”

Complicating matters is another federal court ruling in December 2009, which stated that companies could be fined $500 for each individual item labeled with an expired patent. That would have meant that Smethport Specialty and Smethport Development could have been fined $500 for each Wooly Willy toy manufactured since 1975, when its patent expired. Each toy is sold at retail for only a few dollars.

“This situation had the potential to devastate companies, kill jobs, and attack small communities already hit hard by the recession, while enriching those who simply trolled store shelves for products with expired patent numbers,” said Smethport Mayor Ross Porter.

Fortunately, Congress is now aware of this abuse. The House and Senate are considering an amendment that would limit lawsuits solely to parties who have suffered a “competitive injury.” If enacted, damages would be limited to an amount adequate to satisfy the false marking injury.

This change in patent law would apply to all cases pending as of the date of enactment, including the current suit involving Smethport’s own Wooly Willy, which is already defensible as a result of the most recent federal court ruling in Ohio.