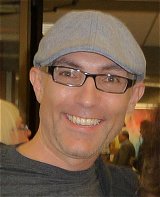 Smethport residents had the opportunity to attend a beer tasting at Hamlin Memorial Library on Saturday. Guests sampled premium beers provided by Straub Brewery in St. Marys and indulged themselves with fine foods and hors d’œuvres prepared with beer recipes from author John Schlimm’s, “The Ultimate Beer Lover’s Cookbook.”

Library staff and volunteers used the cookbook to prepare such unusual dishes as beer chili prepared by Debbie Babcox, drunken shrimp provided by Seth Digel, and chicken and spaghetti cooked in beer by Ron and Joncine Willis. The results of these and other culinary delights were nothing less than fantastic.

John Schlimm was on hand to greet guests and sign books. He is member of the Straub Brewery family of Pennsylvania, one of the country’s oldest brewing families, which dates back to the 1870s.

The beer tasting event attracted a large crowd and library directors are already talking about other types of events for the library. With state funding levels being cut, the library must play a bigger role in raising operating funds.