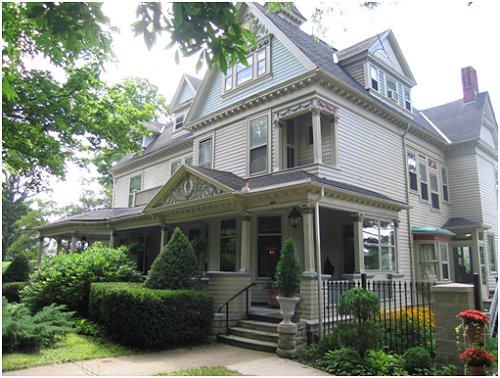 Smethport Web – by The Garden Club

This year’s Tour of Homes, organized by the Smethport Garden Club, was held on Saturday, October 8th, from 1:00 pm to 4:00 pm.

There were 8 stops on the Tour, which was followed by refreshments at St. Luke’s Episcopal Church.

Homeowners and Garden Club members were on hand to greet 144 tour participants and answer their questions. 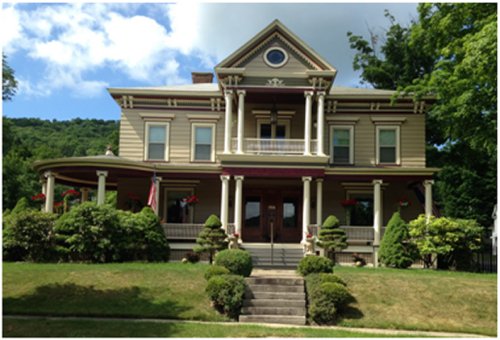 The Charles Sartwell Mansion at 708 West Main Street was designed by his brother and renowned Smethport architect-builder Solomon Sartwell. Over the years, the home has undergone extensive renovations, transforming it from a Greek Revival to an 1890s style Victorian eclectic. In 1910, Smethport magazine tycoon, Scott F. Redfield, publisher of “The Boys Magazine,” a predecessor of “Boy’s Life Magazine,” purchased the mansion. 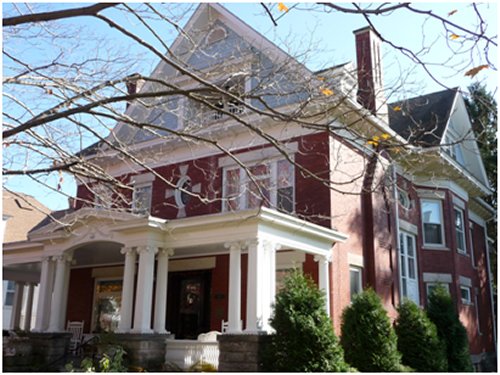 The Judge Joseph Bouton Mansion at 707 West Main Street is a Victorian Queen Anne three story home built by the judge in 1905. The home features tall brick-sculpted chimneys, leaded glass windows, and large spacious porches. The very best grade of material from the foundation to the chimney tops was used. The structure is brick and native white sand stone with fluted round and square columns on the porches. The interior features Ridgway, PA Hyde & Murphy golden oak woodwork with wall panels of leather, imitation elephant skin, and hand painted designs. The judge’s den was the entire front of the third floor. Three bedrooms and a bath completed the remainder of the floor. 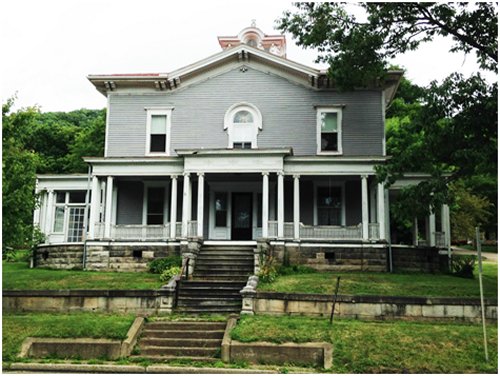 The Henry Hamlin Mansion at 808 West Main Street was built in 1860. Its architecture is best described as Victorian eclectic, since it incorporates many earlier expressions. Note the widow’s walk on top (New England design) and the garden room on the left side of the house. The original chandelier from Italy that was shipped to New York and then on to Smethport by ox cart when the home was built, remained until 2006. That and a beautiful stained glass window on the east side were removed later. This property was recently sold and is a work-in-progress restoration by new owners. 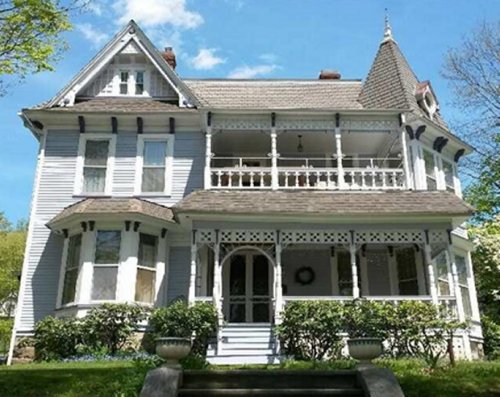 The Delano R. Hamlin Mansion at 820 West Main Street was built in 1881. It has many features that represent Victorian Queen Anne architecture, including a major gable that protrudes and balances a tower. The roof combines gable and hip. Mr. Hamlin died in 1884 at age 36, three years after the house was built. This mansion is known as the Blackberry Inn Bed and Breakfast. It has taken over four years to complete the restoration and renovation of this beautiful home.

The McCandless Mansion at 905 West Main Street was built by Victorian era architect E.N. Unruh as a grand home of Henry Hamlin’s daughter Emma and her Episcopal Priest husband John Heber McCandless. Completed in 1891, the home features classic Queen Anne Architecture. Natural gas provided heat and light while fancy cherry and golden oak woodworking wrapped the interior walls. The house was greatly enlarged in 1903 to appear more prominent next to her brother, Orlo’s house, next door. 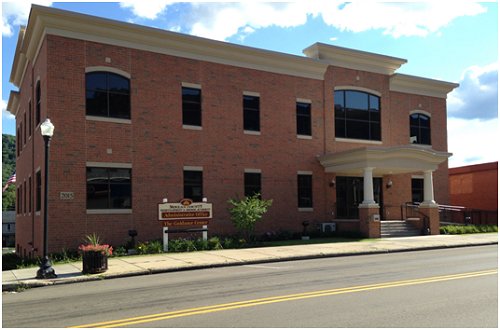 The new administrative offices of the McKean County Redevelopment & Housing Authorities at 415 West Main Street were completed in July of 2015. The building is 15,600 square feet. The first and second floors house the administrative offices of the McKean County Redevelopment & Housing authority as well as the Guidance Center’s Smethport office. The ground floor consists of a training room, staff lounge, and the Guidance Center’s Family Center. The architectural style was guided by using the PA Wilds Design Guide and great attention was given to blending it with the historic theme of Smethport’s Main Street. Prior to the construction of this building, the lot was vacant and blighted after fire destruction.

The Swedish Free Evangelical Church at 303 Pine Street goes back to the early 1890s, when devotional meetings were held by Swedish settlers in the home of Mr. & Mrs. John Carlson. On February 12, l891, a legal incorporation was granted to Mr. Carlson and eighteen founding members to form this church. On March 12, 1894, a lot on the corner of Pine and King Streets was purchased. The church was completed that year and dedicated September 21-23, 1894. In 1902, the parsonage was built. The church celebrated its 50th anniversary in 1943. The church retains much of its original structure and charm. The current pastor is William Simms, Jr. 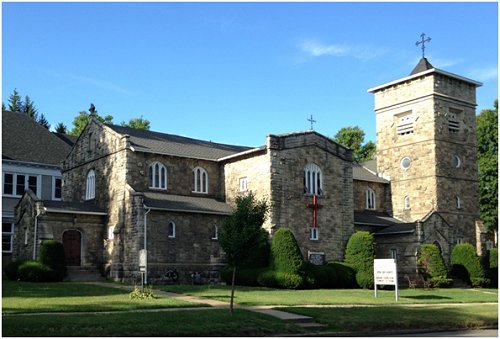 St. Luke’s Episcopal Church at 602 West Main Street was designed by famed architect William Halsley Wood. The corner of the building is a 17 foot Square battlement tower with walls 2 ½ feet thick. Inside the sanctuary are massive brick columns supporting arches. The central passage aisles, choir and sanctuary floors feature custom fired tiles. The altar slab is one piece of pure white marble while an ornate wood screen of oak divides the nave from the chancel. Most owners of homes in the Mansion District were active members of this church at the time of its construction.

About the Smethport Garden Club

The Smethport Garden Club was founded in 1978. Now in its 38th year, the club continues its core mission of promoting gardening, providing educational services and beautification of the local environment.

Their popular fundraisers are widely known around the area and include the famous Historic Home Tours.

The club is always welcoming new members. Please consider joining the club or attending one of its many informative gardening lectures.

The Smethport Garden Club meets the third Monday of every month (except January) at 1:00 pm at St. Luke’s Episcopal Church, 602 West Main Street.