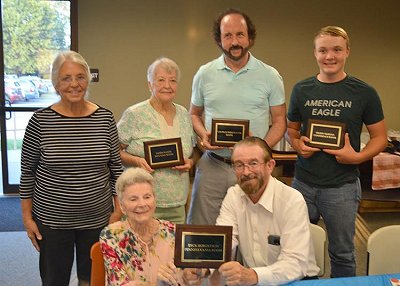 Four rooms at the McKean County Historical Society’s Old Jail Museum will be named in honor of a few esteemed volunteers.

The honorees’ vast knowledge of local history and many contributions have helped the Smethport facility enjoy its success and popularity in keeping local history alive and become a major stop for visitors to the PA Wilds.

Plaques recognizing Eileen McKean, George Berkwater, Dick Robertson and Jim Baker were shown publicly for the first time Thursday evening at a picnic the society sponsored at the Hamlin Memorial Library to recognize those volunteers who have given untold numbers of hours to the museum this year. Read More