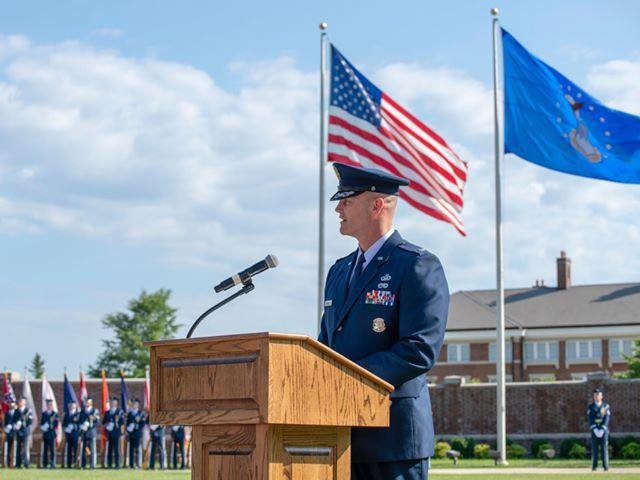 A Smethport native has just received a promotion of note — Lt. Col. Jason L. Woodruff has been named as Commander of the U.S. Air Force Honor Guard.

“I am honored and humbled to be a part of this group. This team that I lead are the best of the best, and my job is to remove obstacles,” Woodruff said Tuesday. “They can do the job. They are rockstars.”