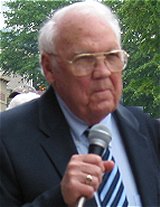 In the July-August 2010 issue of Rural Telecom magazine, former Smethport Chamber president Wayne Pearson shares his insights on the question of, “Can Broadband Save Rural America?”

“Our community has great schools, an airport 10 minutes away, and low housing costs,” said Wayne Pearson, former president of the Smethport, Pa., Chamber of Commerce. “You can buy a four-bedroom house in Smethport for $70,000.”

“We’re promoting Smethport as a place to run an Internet business and, eventually, retire,” said Pearson. “Telecommuting is the future of the workplace. As the next generation of managers takes control, the concept of ‘face time’ will not be nearly as important as it has been in the past. If you can do your job from anywhere, why not choose small-town America?”   Read more »