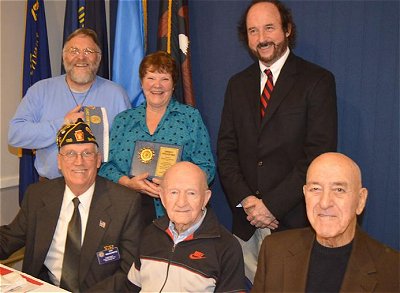 Dick Rounsville and Clint Williams are two of the dwindling number of American veterans of the most destructive war in human history.

Noting that Sunday marks the 100th anniversary of the armistice that ended World War I, guest speaker Tony Alfieri, a Smethport attorney, recounted several stories of his grandfather, Antonio Alfieri, who was born in Italy, immigrated to America, enlisted in the U.S. Army in 1917 and fought at some of the most famous battles in the war to “end all wars.” Read More