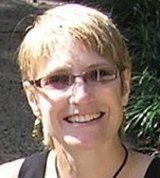 Awed by Pennsylvania’s “vista views and architectural jewels,” artist Julie Mader set out to capture on canvas and paper the beauty of her home state. The end result is “Embracing Pennsylvania,” a collection of works on display in the Wetmore Gallery at the Warren Library beginning November 1.

Featuring more than 50 pieces in a range of media, including watercolors, pen and ink, and acrylic paintings, the exhibition reflects Mader’s passion for the Keystone State.

“Pennsylvania has such a rich history and so many nooks and crannies that I will be painting for years to put onto canvas what it has to offer,” said Mader. “Since starting this collection, I have learned how diverse the state is, from open fields to rolling hills and row houses.”

Mader creates her artwork using reference photos, which she categorizes and then sifts through and crops. It is from these collected photos filled with memories of family travels, bike rides with her two daughters and afternoon outings that “Embracing Pennsylvania” was born.

The exhibit highlights images found primarily in the region north of Interstate 80, such as “Kinzua Reservoir, farmed fields hosting round bales, and weathered barns.” Mader said, as well as pieces that represent other areas of the state.

Mader’s artistic expressions began to surface at an early age. In second grade she was given a Little Golden book as an award at the end of the school year, with the inscription “Best Girl Artist.”

“With that kind of empowerment how could I not pursue a dream and become an artist?” Mader said.

It has only been during the past 12 years that she has had the opportunity to hone her craft.

Mader has studied techniques in watercolor and pen and ink with Claudia Nice, and acrylic paint with Nance Jackson. She is a juried member of the Pennsylvania Wilds artist program and a member of the Cattaraugus County Arts Council. Notable commissioned projects completed by Mader include a series of landmark renderings created for the Alleghany National Forest Vacation Bureau, public murals in Ridgway and Smethport and a commemorative drawing for the 2007 deployment of “C” Co. 2-325 AIR ABN DIV of the Army.

Mader makes her home in Smethport, Pennsylvania, with her husband, Pete, and their two daughters.

The public is invited to meet the artist at an opening reception on Wednesday, November 2, from 5 to 7 p.m. at the Wetmore Gallery, located on the third floor of the Warren Library.

“Embracing Pennsylvania” is on display November 1 through December 9 during library hours. For more information about the exhibit, interested persons can contact the artist by email at julie@juliemader.com or the Warren Library Association at web@warrenlibrary.com