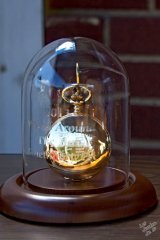 Saturday started ominously with the threat of rain, but by race time at 12:00 noon, dark clouds gave way to sunshine and a comfortable 60-degree temperature.

The speed of the weather change seemed to set the stage for the 53-mile circuit, where speed records were shattered by both the men and women.

Representing the NoTubes Race Team, 32-year-old Jeremy Wickham of Corning, New York, posted a new course record of 2:05:41.57. Jeremy was the 1st Place winner in the 2011 Wheel Around the Hub race.

Third place was claimed by 53-year-old Marc Polsinelli, representing TDI Zuck Bikes in Mississauga in Ontario, Canada. He posted a time of 2:05:42.21.

The female winner in the 53-mile race was 27-year-old Lenore Pipes from Guam, representing CARE4CYCLING powered by Solomon Corp. Lenore is a second-year PhD student at Cornell University studying computational genomics. She took 1st Place with a record-setting time of 2:06:00.65 – only 59.08 seconds off the mark set in the men’s division by Jeremy Wickham.

This year’s event featured a new Junior Mountain Bike Class for cyclists aged 12-13, 14-15, and 16-17, who took part in a one-lap race. Parents were encouraged to ride along with younger cyclists along the route. Among the participants was a family representing three generations — on one bike. Shane Locke of Smethport and his father-in-law Ken Anderson of Bradford rode a bike for two, while pulling two-and-a-half-year-old Silas Locke. See the team »

Jeff Andrulonis of Colonial Media + Entertainment was the announcer for the event. Timing services were provided by Yellow Jacket Racing out of Rochester, New York.

Awards by Tom Weiser of Total Engraving were presented at the Smethport Fire Department, where guests were treated to a barbeque dinner and beverages. Fire Chief Roy Burt gave out the awards. Entertainment was provided by Hamlin Station Blue Grass Band. Les Jordan, Jr. was the event photographer.