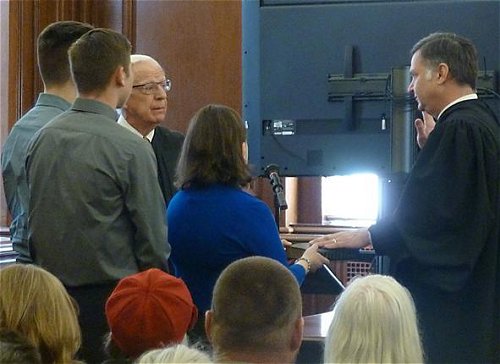 New and re-elected officials in McKean County gave their word on Monday that they would fulfill their duties in accordance with the law.