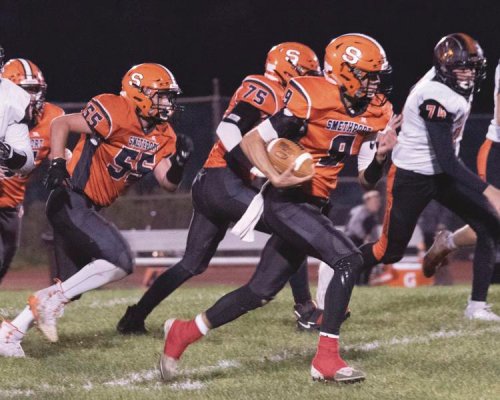 With only three returning starters on each side of the ball, Adam Jack’s team will feature plenty of new faces this fall.

Luckily for Jack and Smethport, however, his returners were some of the Hubbers’ most valuable players a season ago. Senior quarterback and reigning Big 30 Pennsylvania Player of the Year Noah Lent will lead a Hubbers team that hopes to not miss a step after last year’s undefeated regular season.

“These kids know what the expectations are and they have confidence in themselves that they’re not going to have a drop-off from last year,” said Jack, who enters his fifth season as Smethport head coach. “We expect to be contending for a playoff spot just like we have the last three years.”

And contend they have.

After a 5-0 regular season, 2020 ended in disappointment when the Hubbers lost to Redbank Valley in the District 9 Class A title game. Smethport was picked to finish tied with Coudersport atop D9’s Small School North division this year. Read More