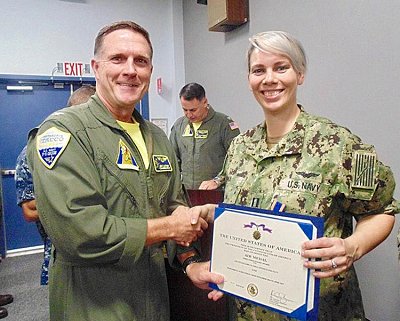 Cona, 32, a naval flight officer, graduated from Smethport Area High School in 2004. She is the daughter of Mary Anne Knight, Smethport, and Terry Knight, a member of the U.S. Navy Reserve, also of Smethport.

“Emily decided to join the Navy as a way to follow and surpass in her father’s footsteps,” Mary Anne Knight said.

Cona’s father served in the Navy for more than 20 years between active duty and reserve, she said. Read More