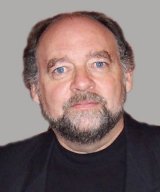 Two term Smethport Borough Mayor Ross Porter announced today that he will not seek a third term due to health complications resulting from a near fatal, 2009 vehicle accident.

During his tenure as mayor of Smethport, Porter directed the switchover of the Borough electric supplier from Select Energy to American Municipal Power of Columbus, Ohio resulting in the rebuilding of the Borough’s capital reserve fund without having to raise Borough taxes.

Porter’s other accomplishments included the initiation of the Potato Creek Trail Association, Smethport Creative Arts League, Smethport Historic Registry, Smethport Board of Trade, Smethport’s interpretive signage of historic events, the Wheel Around the Hub Gold Watch Bicycle Race, as well as numerous other grants and projects.

Porter is the originator and long time director of the Planet Smethport historical geography web project, www.smethporthistory.org and the editor of Timeless Home Smethport, Pennsylvania, a comprehensive history of the Borough of Smethport.

Ross and his wife Jovanna own and operate the Mansion District Inn Bed and Breakfast and the Pennsylvania Wilds Executive Suites & Rentals, both located in Smethport.