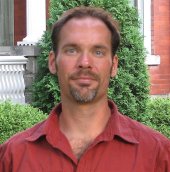 Smethport resident Matt Muller is off to teach English at a university in Hunan province in south central China. The province is famous for its spicy cuisine and the birthplace of Chinese Communist revolutionary Mao Zedong. The major city there is Chenzhou, home to about 4.5 million people, most of whom, live in the surrounding countryside.

After learning that he would have to wait at least a year before enrolling in a master’s level physician assistant program, Matt decided to go on yet another international adventure, having already visited many countries in Europe, Africa and South America. This time the target of his wanderlust is Asia; specifically, China.

“Spending a year at the Bowman Health Center and furthering my premedical education, I decided that I already had enough healthcare experience and education to guarantee an interview with many PA programs,” he said. “With thousands of students seeking a spot in a graduate program that only has forty seats available, I began looking for unique ways to increase my marketability.”

Matt had already earned an English degree from the College of William & Mary and when he discovered recently that American teachers are in high demand throughout Asia he immediately researched his options. Within a couple months he had secured an ESL certification and negotiated with several schools in China for a contract.

“I chose Xiangnan University in Chenzhou because I was impressed by their willingness to answer my questions, provide references, and put my requests into their contract,” Matt said. “The most exciting thing for me is that they will allow me to fulfill an old dream of mine: To be an English literature professor. Such a path could never be trod here in the U.S., as I have committed myself to studying medicine. By going to China for a year, I will be able realize one dream, while making another happen.”

As part of his preparation for a year-long stay in China, Matt had extensive conversations with neighbors Ross and Jovanna Porter, both of whom spent time there teaching English as a second language.

Early on, Matt learned the value of a contract. He was able to negotiate a 20-hour work week, leaving plenty of time for travel and to immerse himself in local culture. He also gets a salary and free western-style living quarters. An interpreter is assigned to work with him on campus.

Matt is tasked by the university to help students sharpen their English language skills and educate them on American culture. “I am told that the students and citizens are very curious and eager to learn about America — so much so that I should brace myself for something approaching celebrity status, since I will be one of only a few Americans in the region.”

To communicate with family and friends, Matt will be using Skype, a free voice and video service on the Internet, plus email and Twitter.