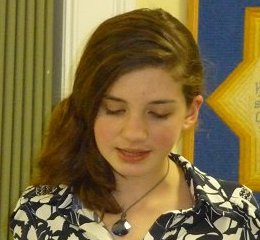 Troop 1/501 of Smethport, Pennsylvania celebrated the 100th birthday of the Boy Scouts of America at an open house held Wednesday at St. Luke’s Episcopal Church from 6:00 pm to 7:30 pm.

The event featured exhibits chronicling the long history of the Boy Scouts in Smethport and their many accomplishments spanning a century.

Caroline Miller, Editor of the Smethport Gazette, represented Mayor Ross Porter, delivering a statement on his behalf for the Borough.

Porter noted that in 1911 Dr. J. V. McAlpin organized the first Boy Scout troop in Smethport, making it one of the nation’s very first Scouting towns.

The scouts met in the basement of the McKean County Jail. The original troop consisted of twelve boys and Scoutmaster McAlpin.

In 1913, the Smethport troop was officially registered with the national Boy Scouts of America. With the exception of a few brief breaks, Smethport has continued its long and deep involvement in the national Scouting movement.

Next year will be the local Troop’s 100th birthday. Plans are already being discussed to make it a memorable event.