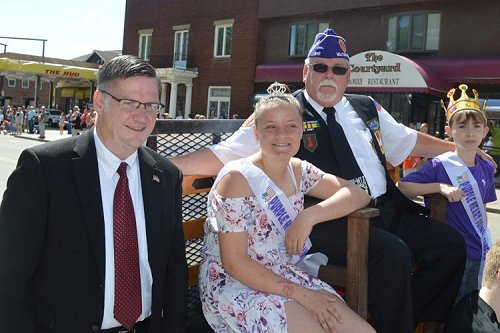 Blue skies and overall pleasant weather greeted the large crowds along West Main Street to see the annual Memorial Day parade Monday and the program at the McKean County Courthouse.

In his prepared remarks, McKean County President Judge John Pavlock said, “It is my job here today; it is my goal to convey the true meaning of this day — these ceremonies — to honor those who have given the ultimate sacrifice — their lives — for us. I know words can never capture the depth of their and their families’ sacrifices.”

Pavlock then referred to this being the American Legion’s 100th anniversary. “The organization started in 1919 in France following World War I and incorporated by Congress later that year. The American Legion is a patriotic veterans’ organization devoted to mutual helpfulness, and our local post, the Bucktail Post #138, and its members provide a lot of mutual helpfulness in our community.” Read More