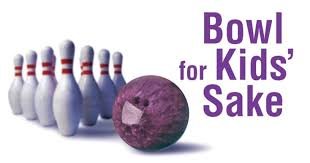 Since 1992 The Guidance Center’s Big Brothers Big Sisters Program has supported one to one mentoring relationships in McKean County between responsible adult volunteers and youth aged five and older. The organization’s staff, task force members, and program participants would like to recognize the businesses and individuals who participated and donated in Bowl For Kids’ Sake, our largest annual fundraiser, which took place on April 9, 2016 at Byllye Lanes in Bradford.

Funds raised at Bowl For Kids Sake will support ongoing professional match support for our current matches and assist with recruitment of volunteers and youth for new matches.

Mentoring impacts youth in your community. Long term studies show that children who have a Big Brother or Sister have significant improvements in school attendance, academic performance, connectivity to their school and community, goal setting, as well as better relationships with family members and peers. In McKean County, Big Brothers Big Sisters currently serves 17 matches with 53 children on the waiting list in need of a mentor. Estimated costs for supporting a match for a year is between $1800 and $2000. Matches meet 2 – 4 times per month. Last year McKean County volunteers donated over 1000 hours in mentoring their Littles.

A total of 212 bowlers attended this year’s Bowl for Kids Sake event. With individual and team bowler donations and business sponsorships, Bowl For Kids’ Sake raised a total gross amount of $18,396 for McKean County mentoring services. $4,020 in additional in-kind donations including prizes, food, banners and other supplies supported the event’s success. Individual bowlers raised $12,021 while business sponsors donated an additional $6,375.

Each individual bowler was asked to raise a minimum of $50. Staff and children involved in the Independent Living program of the McKean County Department of Human Services raised $1,848.80 of the total amount brought in by bowlers. We would like to recognize this program for its sixth year of participation in Bowl For Kids Sake.

Thank you to all of the returning and new lane sponsors, bowlers, and donors as well as the businesses and individuals that donated prizes. Your support for Bowl For Kids’ Sake and the Guidance Center’s Big Brothers Big Sisters program is greatly appreciated.