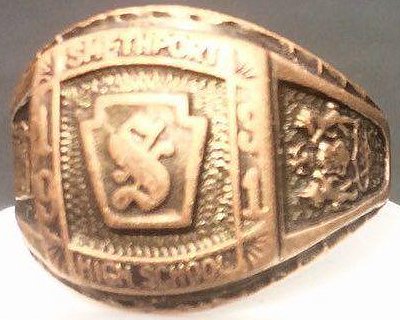 Sometimes the most interesting things are found in the most unexpected places. That’s just what happened to retired sewage plant operator and Smethport resident, Dave Ball, one stormy day last fall.

The story began during a tumultuous rainstorm, which brought five inches of water to the area in less than 45 minutes, causing flooding throughout the town and flushing a large amount of gravel into the plant.

As Ball was shoveling out the gravel the following week, he recalled the feelings of melancholy he was experiencing, for he was getting ready to retire from his position soon after many years with the borough. As he picked up the very last shovel of black gravel, he saw something small, something glistening.

After reaching down to pick it up, he realized it was a ring. He took it upstairs and washed it up with some soap and water, and lo and behold, the ring was a 1931 Smethport Area High School ring, with the initials “SMS.” Read More