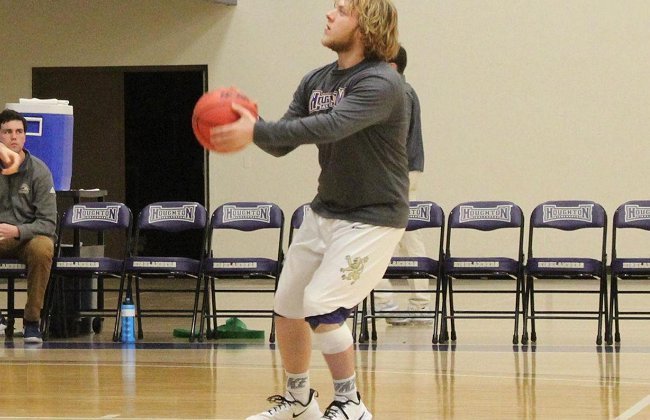 Smethport High School graduate Caleb Lutz was born to be around athletics.

His grandfather was a football coach, his father a basketball coach and he’s now a two-sport athlete at Houghton College. Lutz spent this past academic year playing basketball for the Highlanders.

The Smethport native served as point guard for the Hubbers during his high school hoops career, and he put up 14 points, seven assists, and five rebounds a game as a senior. He was a North Tier League All-Star as well.

Lutz was also a standout in soccer as a center midfielder for the Hubbers for three seasons before the soccer program combined with Port Allegany for his senior season. The Gators captured the Northern Tier League title over Coudersport in his final scholastic season.

Lutz was also an accomplished javelin thrower and qualified for the District 9 meet multiple times. Initially, he was not going to compete in college as a thrower, but when the coach at Houghton learned he could help the program, he tracked down Lutz to join. Read More