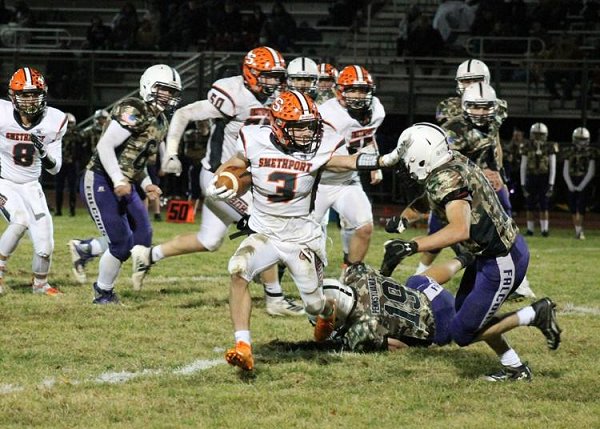 It had been nearly two full calendar years since Coudersport lost to a team from within District 9, but three days short of reaching that two-year point, the Falcons’ streak came to an end.

Behind a defensive performance for the ages and a strong night of running by Braedon Johnson, Smethport dealt Coudersport a 14-0 defeat on a cold evening in Potter County.

The Hubber victory snapped Coudy’s streak at 14 district games, which included postseasons, and gives Smethport (5-0) the North Division title and a home playoff game next week. Smethport was also the last team to defeat Coudy in D9 play, a 21-20 win on Oct. 19, 2018.

Friday’s decision also broke a three-game Hubber losing skid against the Falcons entering the night, which dated to the 2018 District 9 Class A championship.