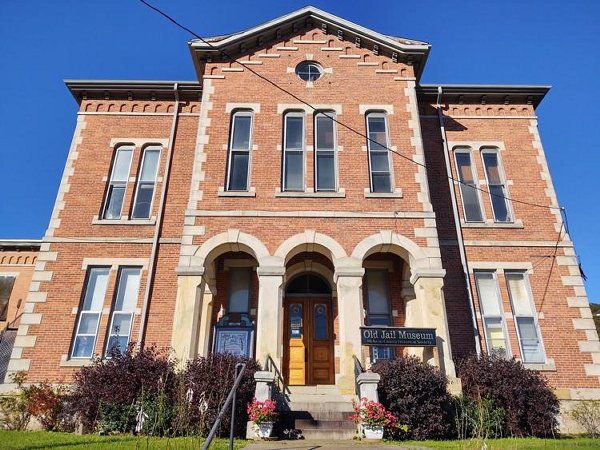 There are many who believe that the Old Jail Museum located in Smethport is truly haunted – not just at Halloween.

One can even find resources that state that the museum is either the second or fourth most haunted place in Pennsylvania. Those of us who work and help out at the museum don’t dispute the possibility and even kid about Ralph hiding things from us when items aren’t where we thought we left them.

For those who haven’t heard the story, here’s a very condensed version: Ralph Crossmire was accused and found guilty for the brutal murder of his mother, Lucetta Crossmire, which took place in Farmers Valley on Nov. 19, 1892.

Lucetta had gone to the barn to milk a cow. Her father-in-law, Daniel Crossmire, and their seven year old neighbor, George Herzog — who called the elderly man “Grandpa Crossmire” — remained in the house while she collected the milk. It is believed that her killer struck her on the head, bashed her nose, strangled her to death and then hung her body in order to make it look like a suicide. Read More