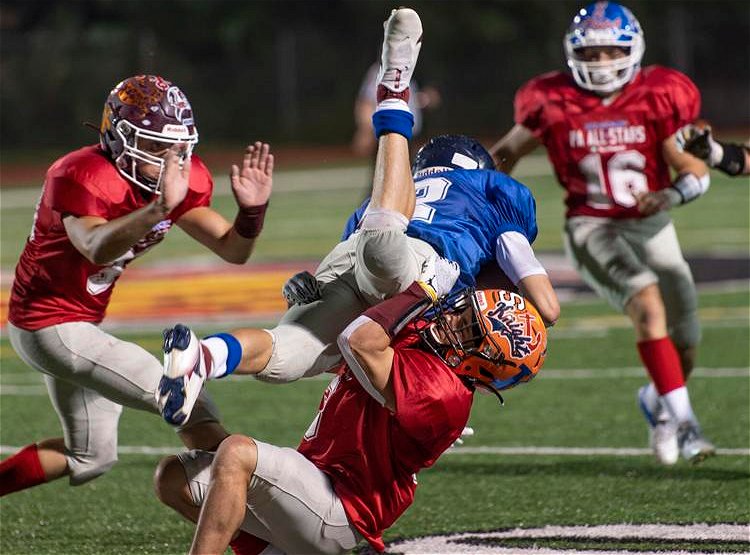 But as Braedon Johnson has shown throughout his career, it’s tough to miss him on the football field.

Johnson starred at Smethport in four varsity seasons, growing into the team’s top offensive weapon while anchoring the Hubber defense from the secondary. He got two more chances to showcase his defensive talent this summer, the second of which came in Saturday’s Big 30 All-Star Charities Classic.

“It’s just an honor to get out here and play one last time with this group of people,” Johnson said after the game at Parkway Field. “The best in the state. It was surreal being able to come out here, do what we do best and put on a show.”

The Pennsylvania defense shut down and shut out the New York all-stars, allowing 173 yards of total offense en route to a 35-0 PA victory. Read More