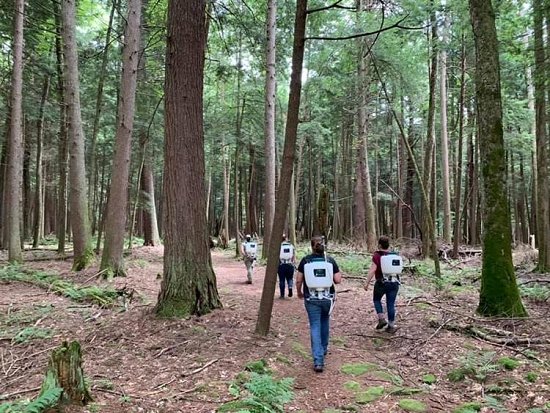 A Smethport area company will play a key role in eradicating invasive insect hemlock woolly adelgid at the Flight 93 National Memorial in Somerset.

Heather McKean, owner of the four-year old Marvindale-based McKean Environmental Solutions LLC, that specializes in forest health services, invasive species identification and treatment, mosquito control and pest control services, told The Era, “There are about 14 forested acres at the crash site dominantly covered with hemlocks. Some of the forested area was damaged from the crash, and the National Park Service wishes to preserve the remaining hemlocks and several newly planted hemlock saplings to maintain the aesthetic and ecological value of the area.”

The Flight 93 National Memorial is located at the site of the crash of United Airlines Flight 93, which was the fourth airliner hijacked on September 11, 2001. Read More