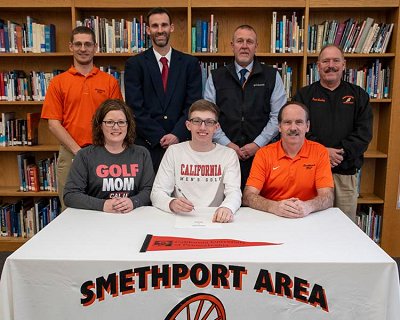 Smethport’s Connor Alfieri will continue his decorated golf career at the collegiate level.

Alfieri, a senior at Smethport Area High School and one of the top golfers in the area over the past four years, this week signed his National Letter of Intent at California University of Pennsylvania.

Cal U is a NCAA Division II school and Alfieri will play golf for the Vulcans in both the fall and the spring.